What is , questions of the fleeting grasp of time, of course is the temporal nature of improvised performance. How many performances last 2 minute? A sort of self obligated pressure, that we are implicit within. Is this for the sake of variety we chose to perform for 5 minutes rather than our typical 30-45? Or is it symptomatic of a deeper current of contemporary life, the kind of syndrome churned into anxiety, an inability to concentrate, perhaps, or the need for constant change? Regardless, the experiment was a curious one. A dysfunctional scene where the constraints of a time limit becomes a figure shouting over your shoulder to hurry up. The result was less about sound, emphasis lay on the movement of a precarity of the scenario we had constructed.

Its odd actually, I may have said this before, but I really don’t like to perform. I really have no intention of performing again after the last, yet I do, and still it informs me in the ways that otherwise nothing else does. There is always an impulse to challenge and really mess with the structure of performance we seem to gravitate toward. This exercise, largely influenced by our surrounding group of artist, was without question connected to a feeling of limited time, the behaviour that goes hand in hand with the pressures of time restraint.

Its seems that time again we make discovery’s that only happen within this per-formative context good or bad they are sculptural events, discovery’s that often don’t become clear until way after the event. Such conditions act as a catalyst in shacking up the chemistry, its something we’ve spoken about within JOMO as a way of reactivating the space.  Again the collective influence takes me in directions I otherwise could not have thought. 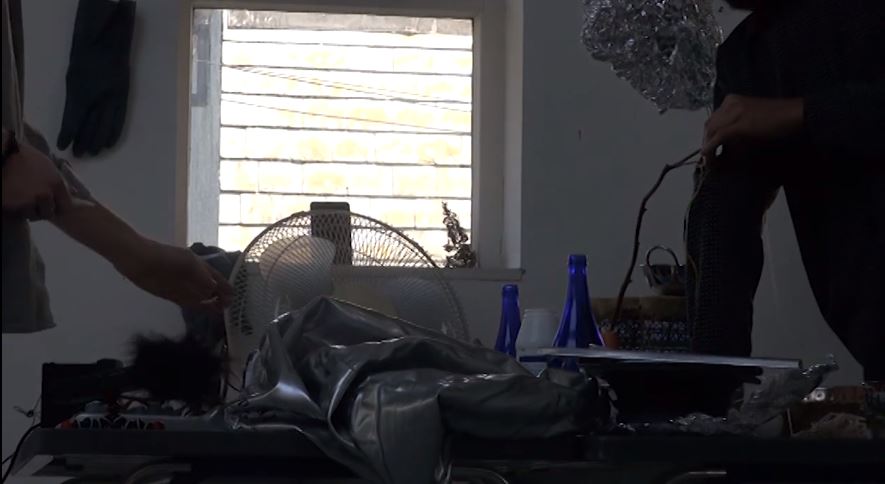