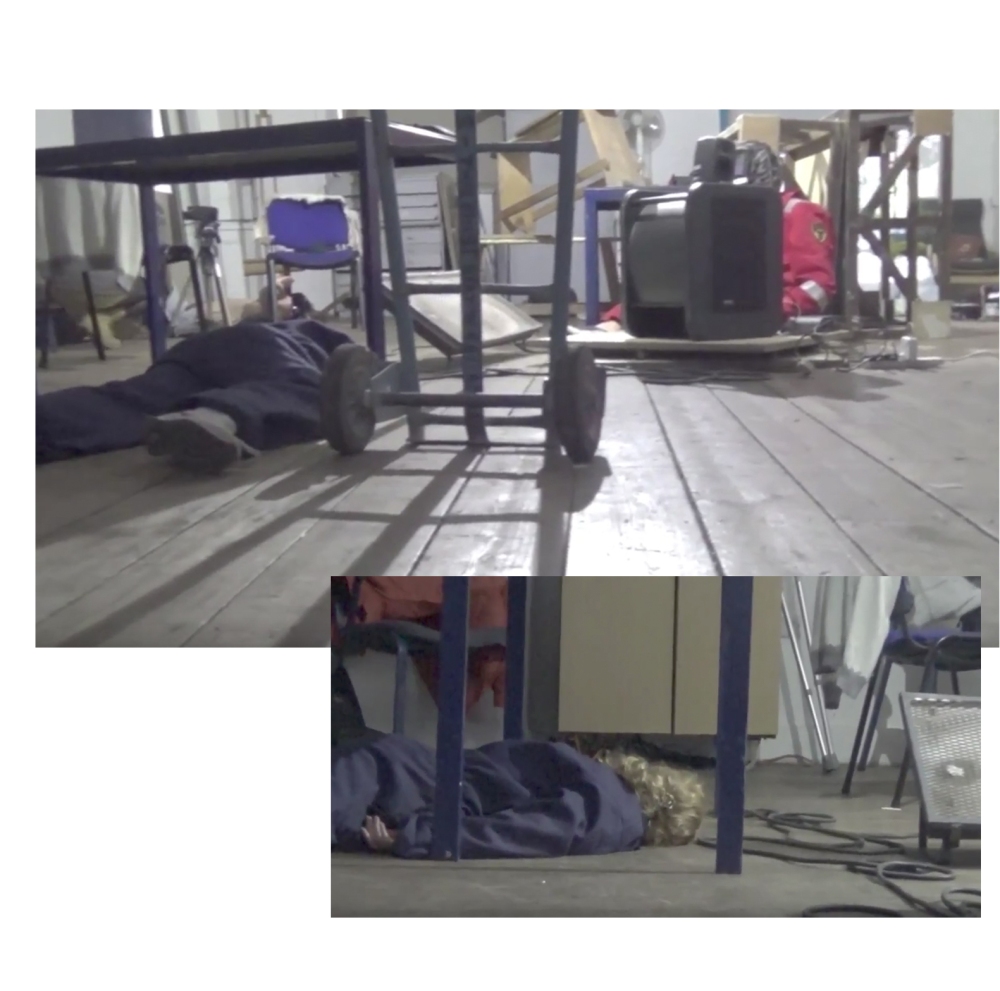 Intent, is what stand out to me now, when I reflect back on this particular JOMO session. Communication and intention, in regards to entering into this performative happening. Its funny, sometime after this particular event, I was talking to a friend of mine discussing the psychology behind some of the marshal arts she had been learning; I remember specifically her performing this exercise on me where she held her hands together palms flat as tightly as possible, asking me to try and cut through them with my hand, in a karate chop motion. With all my strength I couldn’t force my hand through. She then said “now imagine your hand slicing through, picture where you want your hand to be”, It was this task specifically that meant I was able to slice through the highly pressed hands. She said “its because you executed the task with intent, you pictured where you wanted to be, which meant that you subconsciously used a different kind of strength”. It got me thinking about exactly what intention is, specifically within the context of a specific task – perhaps a better way to put it would be in the context of a live scenario of improvisation or performance for example. To imagine ones self in the future in a way, where do I want to be, what are my intentions driving these actions. I came to conclusion that this was similar to the task of writing a score for this session. The process of writing (all be it, a loose one) meant that I had to establish a reaffirm my initial conceptual idea, into an entry point, you write or draw a set of rules perhaps a plan, with that in mind you are beginning to establish exactly what you want from this action. I think in some vague way, this is very literally establishing an intention behind the work. Often we enter a performance with little intention, ‘lets just play and see what happens’ kind of deal, which isn’t necessarily wrong or bad in any way but its an interesting contrast in approach. I guess what I’m saying is that it boils down to the difference between an all out improvised moment, which is sort of impossible – in contrast to an established set of rules a framework from which you can break or move within.

As confusing as that sounds in my head, established a vision, a plan, made this particular JOMO session quite interesting, there seems to be a direction, an energy. Never have me and Goose executed a score or any kind of spoken plan before, which sounds crazy I know. We’ve often just done our best to respond to the moment at hand in what you might call improvisation and listening. Perhaps its the simple fact that more than one of us had a shared direction and intention behind our actions. From speaking to an audience member, they reciprocated this energy, saying that there was a conceptual angle that was apparent to the audience, which helped to tie together the individual elements. This I think was helped through sharing and communication with fellow performers, approaching the session with a shared theme.

Me and Goose heavily granulised samples to the point where that felt they resembled the labours crashing together of metals and machinery. So much so that I allowed the system to override creating glitched audio that really seemed to reciprocate a feeling of ‘any minute this is gunna blow’ – we really wanted to seems as though the machine was failing, excessive noise polluting the room and all those in it. As Hattie, dressed in full overalls to match us, she seemed to resemble a kind of drudgery in light of this labours environment.

In immediate reflections after, further contrast of levels was mentioned – we reached a a maximum assault soon and stay there, perhaps what would have been interesting would be to fluctuate the levels the performance reached. Having moments of near silence perhaps? I know a my goal isn’t to flatten an audience, maybe more fluctuation could be more useful for an audience.

The last comment I think I’ll make is one in regard to documentation. The low quality of this hand held camera looks a little like the surveillance cameras of a factory, the grain and fuzz resembling the distortion of the audio; which is perhaps a happy accident in the face of poor quality imagery. It did give me the thought of actually placing some of these cameras in the corners of the room, like that of real surveillance?